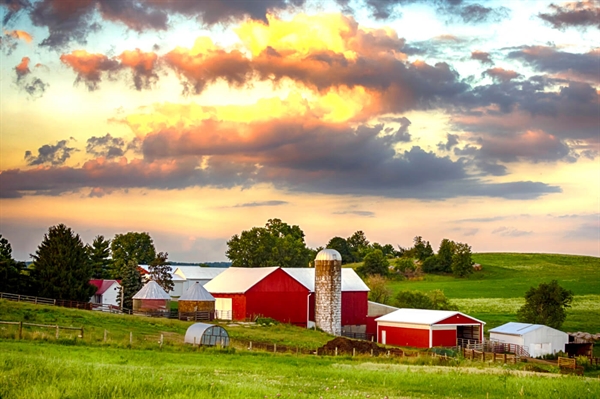 Detailed history of the consolidation of ag in the US shared

The current COVID-19 pandemic has more and more people asking about our food supply, how agriculture is moving forward, and where agriculture is going in this country. Based on the long term work of James MacDonald, a new research professor in Agricultural & Resource Economics at the University of Maryland, he is a firm believer in the Maya Angelou quote, “You can’t really know where you are going until you know where you have been.”

In MacDonald’s latest publication in Applied Economics Perspectives and Policies, he presents a detailed history of the consolidation of agriculture in the U.S. based on 35 years of data from the U.S. Census of Agriculture and surveys from the United States Department of Agriculture Economic Research Service (USDA-ERS), where MacDonald was employed for nearly four decades. As branch chief in the Structure, Technology, and Productivity Branch at USDA-ERS focused on agriculture, MacDonald was able to build out a program to analyze these trends in agriculture, characterizing the steady shift to fewer and larger farming operations across the country in all sectors of agriculture.

“My background is in the field of industrial organization, so it’s about competition, how industries are organized, and how they evolve,” explains MacDonald. “Fundamentally with this work, I was interested in how and why production is shifting to bigger farms, because basic statistics don’t give you a clear picture.”

As MacDonald describes in his latest paper, the trends are much more complicated than what just average acreages and farm size statistics can tell you. In order to characterize these trends, MacDonald looked at data from 1982 through 2017, showing a large aggregate shift in farming operations that hasn’t been captured before in this level of detail, going beyond just industry-level data.

“What’s been happening is a steady shift of acreage and production to larger operations that covers almost all crop and livestock commodities and that occurs steadily over three or four decades. A large part of what I was trying to do was capture that story, and then draw conclusions about what that widespread, persistent, and large pattern of consolidation meant,” says MacDonald.

Results show that production has in fact significantly shifted to larger farms in 60 of the 62 crop and livestock commodities analyzed over the 35-year period. This shift means fewer distinct farming operations, with smaller farms going out of business and ultimately becoming unsustainable. And with larger operations comes more acreage as well. Farms with at least 2,000 acres of cropland only operated 15% of all cropland in 1987, but now these larger farms operate 37% of all cropland. While this shift is steady across all farming industries, there are some distinctions in how it manifests.

“This shift happens everywhere, in fruits and vegetables as well as field crops,” explains MacDonald. “But with crops, we see a more steady evolution, whereas with livestock, you get spurts of dramatic change.”

An example of this can be seen in dairy farming. In 1987, half of all dairy cows in the U.S. were in herds of 80 or fewer cows. But by 2017, that midpoint herd size shifted to 1,300 cows. “Consolidation in dairy is just dramatic,” says MacDonald, “with shifts to much bigger farms and smaller farms going out of business. The last two years, 15% of the dairy farms in the country went out of business. The very large farms have lower costs than midsize and smaller ones, and while those lower costs reflect productivity growth and result in lower prices for the consumer, it is also pretty heartbreaking for people who have been small or midsize dairy farmers who are going out of business. In 1980 when I started this work, there were probably about 250 thousand dairy farms in the country. Today, we have 30 thousand, and it’s going to keep shrinking.”

Despite this finding, MacDonald found that family farms still account for the vast majority of farms and farm production, with no significant movement of production toward non-family operations. According to MacDonald, consolidation encompasses shifts of production to larger family businesses, but these are still predominantly family businesses. “Every farm you see is different, and there are things that are very difficult to capture in a survey,” says MacDonald. “And not only are they different, but they all have this family history that matters for how they are organized and run.”

So what’s behind these trends? According to MacDonald, the widespread and persistent pace of this shift in the data suggests that technology plays an important role in the consolidation process. For instance, new labor-saving equipment, materials, and organizational changes now allow a single farmer or farm family to manage more acres or more livestock. Advances in technology are often expensive to implement, but cheaper in the long run, so larger operations are at an advantage and have lower overall operating costs.