There seems to be a larger number of striped and spotted cucumber beetles this year in Illinois compared to previous years.

Controlling cucumber beetles is the only way to prevent this disease and so it is important to keep them under control. Around this time of year, it is also important to control beetles as they will feed on ripening fruits which can make the fruit less marketable, even if the beetles are not spreading bacterial wilt to your particular field.

The thresholds for control are 1 beetle for plant in cucumber, muskmelons, summer squash, and processing pumpkins and 5 beetles per plant in watermelon and Jack-o-lantern pumpkins. 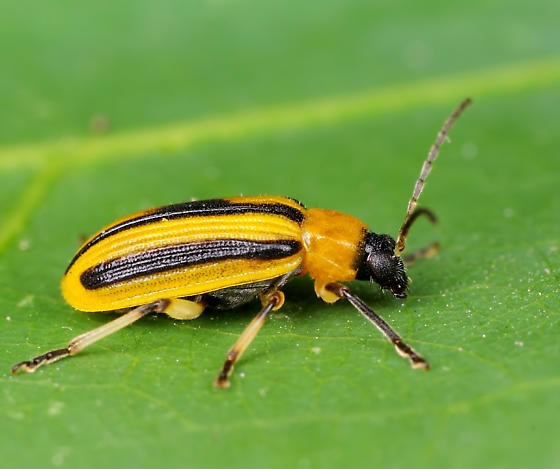 For organic growers, Azera® has the best documented efficacy for cucumber beetle control. You may need to reapply every three days under heavy infestations as this insecticide has a short residual and beetles will quickly recolonize plants.

For conventional growers, Sevin and Assail have proven effective this season in Illinois. As always, be very careful around bees. Assail is very toxic to bees and as such, should be sprayed very late in the day and avoid spraying flowers whenever possible.

The 2021 Midwest Vegetable Production Guide for Commercial Growers lists several other insecticides that are labeled for cucumber beetle control.

I have included a link here to the online guide that allows you to pick your crop and pest resulting in a list of insecticides you can use. There is also a PDF if you prefer.